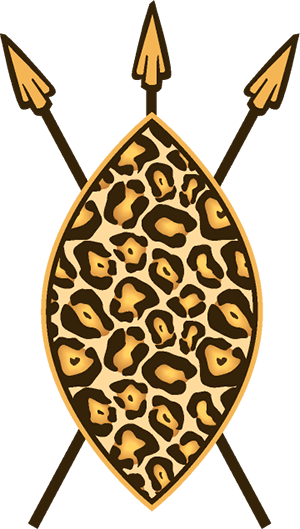 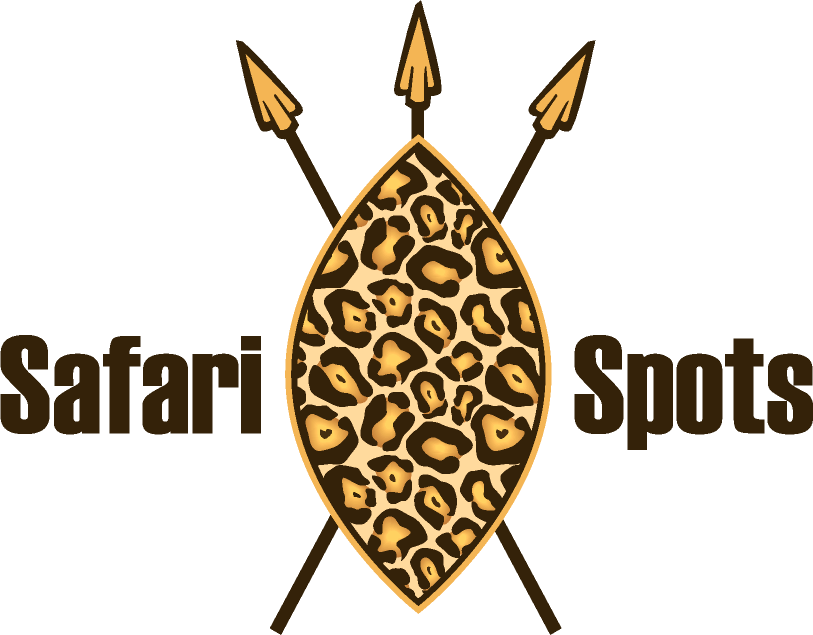 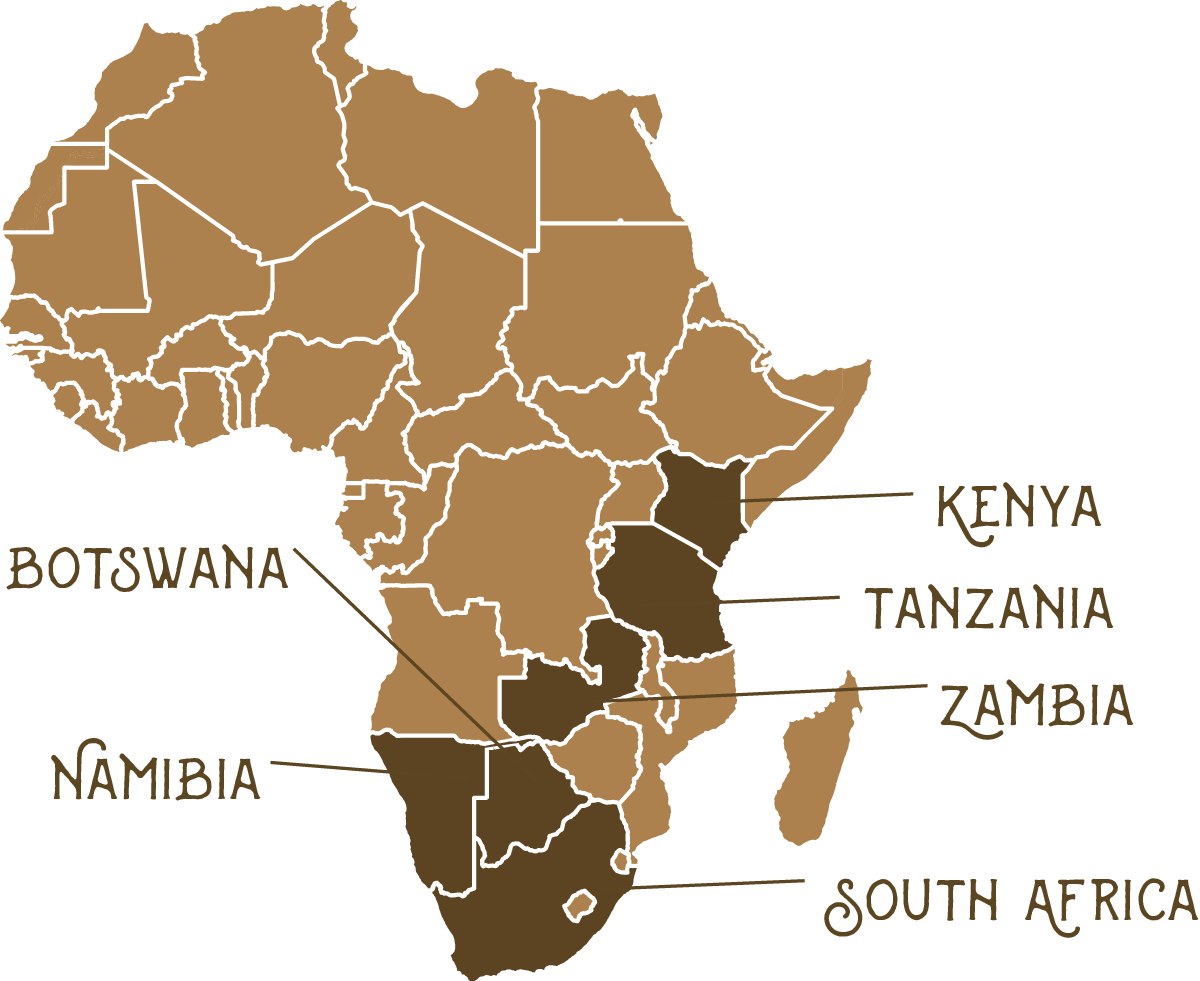 We Are Safari Spots
Gallery: Photos & Film
Itineraries
Destinations
Before You Go
Contact Us
x

Early morning arrival into Nairobi. Clear Immigration and Customs and exit the airport. Your Safari Spots tour manager and driver/guide will meet you on arrival and transfer you to the Nairobi Serena Hotel. The Nairobi Serena Hotel is a quiet sanctuary in a flower-filled garden amid the bustle of one of Africa’s most dynamic cities. Shaded by jacaranda and acacia trees, the hotel is a haven located just moments from the city’s business center and the city’s attractions. A member of the Leading Hotels of the World, the hotel has a fantastic outdoor pool and an exceptional health spa. A short safari briefing at your hotel, followed by a tour to the Daphne Sheldrick Animal Orphanage. The orphanage is home to a number of orphaned elephants and rhinos. Continue to Giraffe Center, where you get to feed the endangered Rothschild Giraffe.

Early morning breakfast and transfer to Wilson Airport for your flight to Nanyuki. You will be met on arrival by the Kicheche Laikipia Camp driver/guides who will transfer you to the Camp for lunch. Kicheche Laikipia is a small luxurious tented camp in the shadows of Mount Kenya at the foot of an indigenous forest overlooking a waterhole. Six sumptuous tented suites provide the ultimate bush experience for a maximum of twelve guests. Late afternoon game drive in Olpejeta Conservancy. The Conservancy is home to Kenya’s largest population of black rhino, large numbers of elephant, cheetah, lion, leopard and plentiful plains game. There are also a number of rare Northern species such as Grevy’s Zebra, Jacksons Hartebeest and Beisa Oryx. The Conservancy lies on the Equator and affords wonderful views of Mount Kenya.

Kicheche Laikipia Camp offers a wide range of activities including walking safaris, game viewing (day & night) in four-wheel drive vehicles, lion tracking, canoeing, and visits to the Wildlife Educational center, Chimpanzee sanctuary and Northern White rhino enclosure. Your game drives include a visit to the Dr. Jane Goodall Chimpanzee Sanctuary, the only one in Kenya. The Chimpanzee Sanctuary opened in 1993 in a negotiated agreement between the Ol Pejeta Conservancy, the Kenya Wildlife Service (KWS) and the Jane Goodall Institute. The facility was initially established to receive and provide life-long refuge to orphaned and abused chimpanzees from west and central Africa. An initial group of three chimpanzee orphans were brought to the sanctuary from a facility in Bujumbura, Burundi in 1993. This group of chimpanzees needed to be evacuated due to the outbreak of civil war in Burundi.

Early breakfast this morning and transfer to Nanyuki Airstrip to connect your flight to the Masai Mara Game Reserve. You will be met upon arrival in the Masai Mara by Kicheche Mara Camp driver/guides who will transfer you to the Camp for lunch. Kicheche Mara Camp is a classic tented camp hidden in a beautiful acacia valley overlooking the Olare Orok stream. With only eight tents the intimate and relaxed atmosphere gives you the opportunity to enjoy a unique experience in the prime wildlife area of the Mara North Conservancy. Afternoon game drive in the Masai Mara Game Reserve where you may have a chance of seeing the Big Five. This landscape of gentle hills and majestic acacia woodland, is ideal for Africa’s predators. This is one of the places in Africa where you can see great animal herds roaming the plains in vast numbers. Millions of wildebeest and zebra migrate through here annually in one of the greatest wildlife shows on earth.

Two full days in Cape Town. Enjoy one full day tour of the Cape Peninsula, visiting Sea Point, along Marine Drive, Camps Bay, Hout Bay and Chapman’s Peak. Your tour continues to Cape Point, where the Indian Ocean and Atlantic Ocean meet. Your second day is at leisure. Optional excursions include a visit to Robben Island, a cable car ride to the top of Table Mountain (weather permitting), or a guided tour of this cosmopolitan city. The waterfront area has hundreds of shops, restaurants and other attractions.

Breakfast and morning transfer to Kicheche Bush Camp with a game drive en-route. Kicheche Bush Camp is a small, classic, intimate, luxury tented camp completely unfenced, amongst stunning whistling thorn acacias. The ultra low-impact spread of six guests tents in the trees and low escarpment beyond, provide the perfect hideaway in this outstanding wilderness. Kicheche’s Community Project and the Olare Orok Trust support a number of schools and projects in the greater area.

The Masai Mara has the largest population of lions in Kenya, including the majestic black mane lion. The Mara River is home of several hippo and some of the world’s largest crocodile. There are large herds of elephant, buffalo, zebra, wildebeest, eland, impala and hartebeest. The cool morning hours bring out the cheetah, in search of prey. The annual migration of millions of wildebeest and zebra traverse the Masai Mara plains in search of water and greener grasslands. We recommend an all day game viewing drive with a picnic lunch.

January, March, November
US$ 7995 per person sharing a room

February, June to October, December
US$ 8995 per person sharing a room

Thank you for your interest in booking with Safari Spots! We will be in touch soon.
Oops! Something went wrong while submitting the form